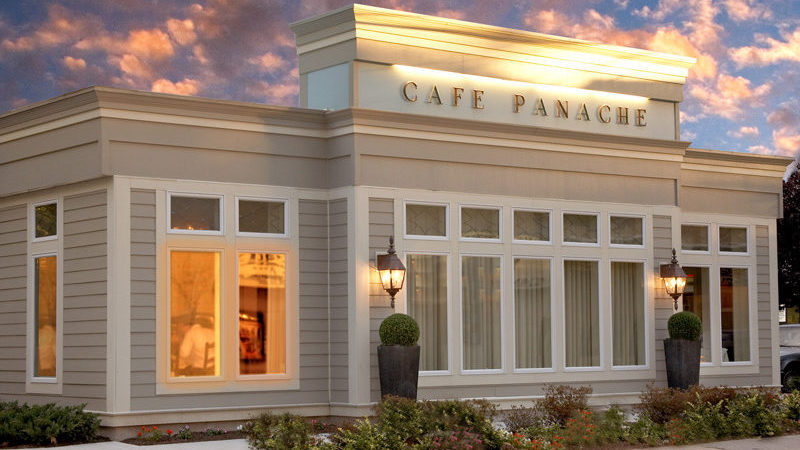 05 May
CULINARY PERSONALITIES,FOOD AND DINING

For over three decades, Chef Kevin Kohler blazed a trail for the highest quality fare and hospitality at Cafe Panache in Ramsey. Months after his passing, esteemed colleague Greg Stott is carrying the torch of his culinary legacy as executive chef of the elegant haunt.

In 1985, a man with a heart of gold and a flair for cooking from it opened the doors to a charming restaurant within the hip, tight-knit borough of Ramsey in northern Bergen County. Chef Kevin Kohler, the affable executive chef and owner whose distinctly loving presence was palpable as he’d make his rounds chatting up dinner guests, called this stunningly momentous venture on Main Street Cafe Panache {130 East Main Street, Ramsey; 201.934.0030; cafepanachenj.com}. Loosely translated from French as to do something in a confident, stylish, and elegant manner, the word is a reflection of the auspicious person he was, and stems from his savior faire both in and out of the kitchen.

It’s been six months since his untimely passing in January at age 63 from natural causes, but Kohler’s empathic nature and culinary acumen live on thanks to an army of loyal patrons and dutiful staff who have stayed with him for over three decades.

“He gave people a warmth that can’t be easily replicated,” said Kristie of Kohler, who had four children and three grandchildren with one on the way. “He cared a great deal about us kids, his friends, his customers, and his staff.”

“My father was the kind of guy that could make a friend anywhere,” recalled his daughter Kristie Messano. “If we brought him to a Mets game, he would make best friends with the person sitting next to him. He would listen to you and he truly cared about what you’re saying.”

Chef Greg Stott can attest. Stott replaced Kohler when the restaurant reopened in late January after briefly closing on the heels of Kohler’s death. Stott first met Kohler in the early 1990s during dinner one evening at Cafe Panache with his parents who were regulars. Stott recalls Kohler’s “legendary” sense of humor and gift of gab as key personality traits that attracted him most.

“With a couple of words, he would make a customer laugh or smile,” recalled Stott. “I felt I had a lot in common with him despite the age difference. In the kitchen, it was no different than the guy who walked down the dining room.”

Before returning to Cafe Panache, Stott, a longtime Haworth resident, had worked on-and-off at Cafe Panache as the chef de cuisine over the past decade, being the eyes and ears of the restaurant in Kohler’s absence. Besides his leadership skills and robust resume, (he’s worked in a string of Manhattan kitchens including Cafe des Artists, L’Impero and Alto under the direction of culinary titan Scott Conant, The 76 House in Tappan, New York, and even appeared on a 2019 episode of “Chopped” on the Food Network) it was his knowledge of how dishes are specially crafted at Panache that the Kohler family felt he should continue.

“It was our desire to keep the Panache experience as close to my dad’s at the helm as possible,” explained Kristie. “We felt like chef could do a really good job of keeping it as close to an experience as my father would give. Chef Stott is going to express that creativity through his specials as a nod to my father.”

Kohler’s mainstay dishes — which he crafted all by hand and with the direction of his creative genius — are just as imaginative as they are highly satisfying to taste. His duck confit with citrus-ginger gastrique, the slices of which are plated in a circle, mimic the petals of an exotic flower. Other customer go-tos include the Panko-Crusted Halibut with wasabi-sake sauce over black forbidden rice, and Nature Calf’s Liver in mustard crust with port wine and raisins, among many others.

Long before “farm-to-table” became a buzzword in contemporary dining, Kohler became a trailblazer of sorts in his own right. In the 1980s, while raising his family in Newfoundland, he’d painstakingly pick vegetables at a neighbor’s garden and pay the owner for the fresh produce. When the family moved to Bergen County, Abma’s Farm in Wyckoff and MEVO Fresh Roots Farm in Mahwah became his sources to curate the best crops to use in his cooking.

“Whatever he pulled out of the ground he’d have an idea and just go with it,” recalled Stott, who plans to continue the vegetable-picking tradition for use in his dishes.

One of the most valued assets Kohler — a classically French trained chef — taught Stott was resourcefulness in the kitchen.

“He made the most of the ingredients,” said Stott. “Everything that came into the kitchen gets used.”

Kohler applied this mindfulness to one of his most popular dishes, the house-made filet mignon ravioli with truffle butter which he crafted from scraps of the meat that he ingeniously braised and cooked down. This cost-efficient means of cooking — turning table scraps into treasure — proved a fruitful measure, and the plate resulted in one of the highlights of the dining experience at Cafe Panache.

“People will talk about the filet mignon ravioli for the rest of their lives,” noted Kristie.

Since it’s opening 36 years ago, Café Panache has attracted not only a slew of loyal regulars, but celebrities. Famous patrons from Alex Rodriguez to Jason Kidd, Eric Howard, Danny Aiello and Wyclef Jean have enjoyed both the restaurant and Kohler’s congenial hospitality, which was reflected in his specially-made meals.

“The greatest honor that we can give to people is giving them the same Panache experience,” said Kristie. “He was the ultimate restaurateur. He knew how to run a kitchen, train a staff, order the perfect amount of inventory so that every single night people get the freshest fish, meat, and produce.”

She continued, “The greatest legacy we can try to recreate is doing it like he did it in his image. Frankly, I don’t think we’ll ever be able to get to his level, but we’re trying really hard.”