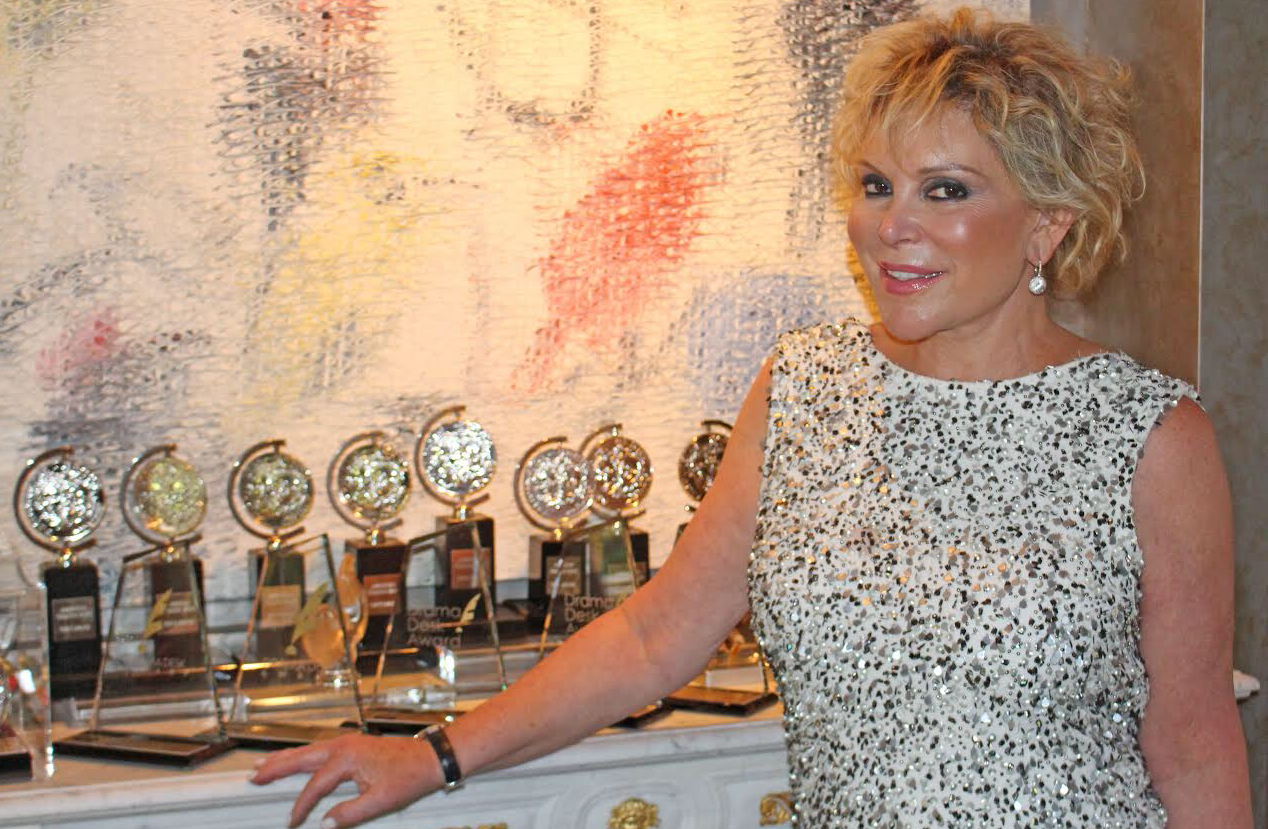 As the recipient of nine Tonys and eight Drama Desk Awards throughout her career, Wendy Federman knows a thing or two about Broadway. In 2018 and 2019 alone, her co-productions have garnered 74 awards—including 14 Tonys—with “Hadestown” taking the title for Best Musical and a multitude of other categories. Her first foray into film, in 2016, was as producer of the smart comedy-drama “Wakefield,” starring Bryan Cranston and Jennifer Garner. A passion for giving back to the community earned her serious recognition and the 2019 Ellis Island Medal of Honor. Talking with Federman removes any mystery about the secret to her success; professionalism, prowess, and pure grit have landed her where she is today. DiningOut chatted with Federman about her current shows in production, the challenges for women in show business, and her top spots for a nosh in both Bergen County and New York City.

DiningOut Magazine: How did your family’s roots in theater influence your career today?
Wendy Federman: My mother was on radio, TV, and Broadway and had a beautiful soprano singing voice. I was surrounded by music back then, especially from Broadway. Particularly, a lot of the popular hits I would hear were from Frank Sinatra and Sammy Davis Jr. That was certainly the music that my mother would play and sing around the house. I have a distinct memory of being taken to “Fiddler On the Roof,” my very first show.

Was your mom part of “Fiddler On the Roof?”
No, she had since retired. My mom retired probably in the late ’50s, early ’60s. She later regretted it. We’d be watching TV and there would be one of the women who she had maybe studied or trained with or performed with. I remember in particular, she had either auditioned with or was friends with Anne Francis, and she was a rather beautiful actress. She played a detective called Honey West. My mother was just the sweetest—always a smile and a song—but I could just see the look on her face like, “That could have been me.” As I was growing up, it was the very start of the women’s movement and that really stuck with me—a woman having an identity as more than a wife and a mother.

Was it difficult for you starting out as a female producer?
It’s still a male-dominated industry, but it’s getting better. I’m proud to say, this year, the show I won the Tony for, “Hadestown,” the lead producers were both women, so we’re getting there. There was only one woman nominated out of all the directors this year. There are more and more women directors, but they need to be given the opportunity, and it’s up to people like me to encourage them.

How do you identify the shows you want to pursue?
I believe in the industry so much that even if I see a property I like, and for whatever reason I’m not a producer on it, I have no problem calling up the producer and saying, “Are you still looking for money?” A lot of times, other people who are developing projects will let a bunch of us know, “We’ve put actors together, we’re doing a workshop; would you like to come see what we’re working on?” Sometimes you’ll get a call, “This A-list star and this A-list director want to come in and do a revival of this play … Do you want to be a part of it?” And then there’s being in the trenches and reading the script.

Does the national mood influence what shows will succeed? Do you have to check the pulse?
I think you’d be crazy not to. When I got involved with the “Hair” revival, it was going into the 2008 election. The show was all about love and peace and that was the energy. If you look at not only theater but film and the rest of the art world in the last two years, you will certainly find more reflection on what is currently going on. I think people either want total escapism or something where they can root for the hero that they perceive or boo the anti-hero they dislike.

What exactly goes into producing a show?
You have to engage Broadway theater owners’ interest. There are only a limited number of Broadway theaters and they are your distribution point. You really have to hone in and have a product that the theater owner believes in. At any given time, numerous shows can be looking to get a theater. Obviously, coming in with a huge A-list star helps. I come from a world, from my family business, of selling and marketing products. If you see a green witch on a broom, it’s “Wicked.” I think everybody knows what the logo of “Hamilton” looks like. It’s coming up with that, working with your ad agency and marketing team. Not only is it making the creative right, but then there’s the business side of selling it.

Which shows are you currently working on?
There are three musicals I’m working on this fall, and they’re all equally big and interesting. “Moulin Rouge” is one that I’m very happy to be a small part of. The show has taken the film and freshened it up with newer songs that are very “right now,” so I think audiences are really just going to have a great time. There’s “Tina: The Tina Turner Musical,” which is incredible. The woman playing the lead did it in London and she is phenomenal. And what a body of music and what a story. And then there’s “Jagged Little Pill,” which the writers took Alanis Morissette’s songs and did a creative story around it about a family that looks like it’s perfect but it’s not. Alanis’ songs fit in beautifully to express what is going on with these characters’ lives. “Moulin Rouge” opened July 25, “Tina” opens November 7, and “Jagged Little Pill” previews in October and opens in December.

When you’re not busy producing, what are some of your favorite restaurants in the city?
In the theater district, I have restaurants that are my go-tos. But I also love going downtown on nights when I don’t have to be at a show. Hunt & Fish Club NYC on 44th Street is a beautiful space. [Co-owner] Nelson [Braff] is great, and he’s a Bergen County guy. That’s a favorite of mine. If I have enough time, sometimes I will go to Nobu in uptown. In Bergen County, Trattoria Carpaccio in Englewood is wonderful. It’s BYOB, which is fine with me. They pretty much make anything any way you want it. The food is scrumptious, Italian-style cuisine. And the restaurant makes one of the best steaks I’ve ever had. And while we’re talking steak, I’ve been living in this area for 30 years and restaurants have come and gone, and The River Palm is still there and still really good.